Flora and Vegetation in EIA Symposium

Over 120 people attended this two-day event, which aimed to explore the issues surrounding flora and vegetation surveys in Environmental Impact Assessment (EIA) in WA.

It was held over the 21st and 22nd June 2018, in the Ellis Room of the Bendat Stadium in Floreat, Perth.

The President of the ECA Jason Hick and the President of the EIANZ Belinda Bastow officially opened the symposium. This was followed by an eloquent Welcome to Country by Kevin Fitzgerald. The keynote speaker, renowned Western Australian botanist Malcolm Trudgen, told stories of his experiences over the last 45 years working both as a consultant and government botanist across the state. 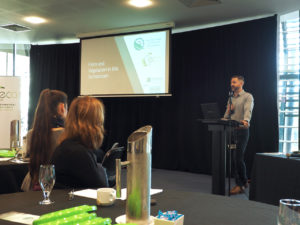 Day 1 began with a panel discussion consisting of representatives from the Department of Water and Environmental Regulation (DWER), Environmental Protection Authority (EPA) Strategy and Guidance, Department of Mines, Industry Regulation and Safety (DMIRS) and the federal Department of Energy and Environment (DoEE). Discussions included themes such as guidance material, quality and scope of botanical survey reports, indirect impacts, assessment timeframes and associated advice to consult with agencies early. Session 2 covered community involvement in botanical EIA, how EIA is conducted on public lands and the responsibilities that consultant botanists have more broadly in EIA.

Day 1 Session 3 discussed the legal frameworks that govern botanical EIA, including a history of the clearing regulations and updates to the drafting new Biodiversity Conservation Act 2016 regulations. The latter of which, the audience were advised, are due to come into effect on the 1st January 2019. Session 4 eased into more technical discussions, with a specialist flora and vegetation consultant’s view on how to ensure robust technical surveys. This was followed by the EPA’s expectations of botanical survey reports and a discussion by WABSI on how to leverage and aggregate biodiversity data. 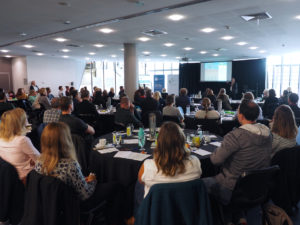 Day 2 provided a more technical focus on flora and vegetation surveys. The first session was a practitioners view of how their work operates 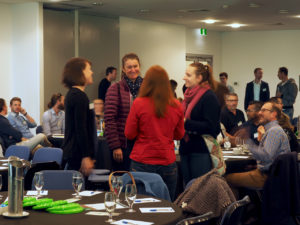 within EIA. This included a NSW perspective from our inter-state guest-speaker, and an end-user perspective from a consultant EIA practitioner. Session 2 looked at flora, with an overview of taxonomy going forward followed by some case studies that illustrated how little known our flora still is.

Day 2 Session 3 looked at the challenges there are in classifying and describing our vegetation. Why we do plot based surveys and the science of phytosociology that underpins the methodology. There was a look at Threatened (TEC) and Priority (PEC) Ecological Communities from the Ministerial TEC Scientific Advisory Committee, and the extent to which ecological communities are poorly defined. Session 4 covered allied disciplines, including soils and data management and finishing with a discussion on fungi in EIA.

The symposium was then wrapped up with a group discussion to ensure a synthesis of all the views in the room, followed by a well-attended sundowner event.

Attendees included representatives from all levels of government, consultants from EIA practitioners through to botanical and zoological technicians, community groups, universities and mining companies. Attendees came from as far afield as Karratha, Kalgoorlie and NSW.

We also thank all the speakers that contributed their time and effort to provide what was thought provoking and engaging content.

Presentations delivered at the Symposium can be viewed below: